Earlier this month, Apple unveiled their latest iPhone and one of the most interesting things from the keynote was the fact that they have now moved to a 64 bit CPU. 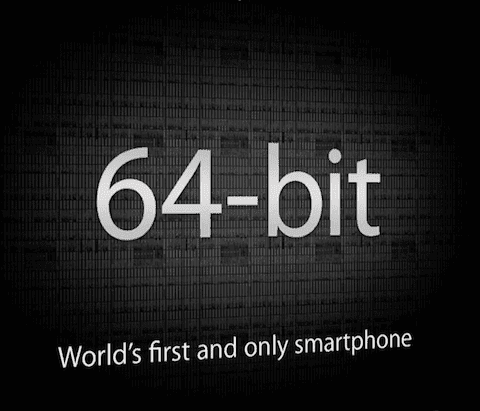 It comes as no surprise that Apple were the first to make the switch seeing as 10 years ago at WWDC 2003 they uneveiled the first desktop computer with a 64 bit CPU.

The surprise was when people were against this change and called it a gimmick, mostly centered on the short sighted thought that all a 64 bit CPU provides is more addressing space and thus allowing more than 4GB of RAM. Being able to have more than 4GB of RAM in a mobile device seemed silly when the iPhone still chugs along just fine with 1GB of RAM.

There really is a lot more to it than just a wider addressing space.

Mike Ash has written a great article with the basics of what 64 bit ARM actually brings to the table and rather than paraphrase anything from his excellent write up, I insist that you go read it, understand it and then be excited for how quickly we got here.